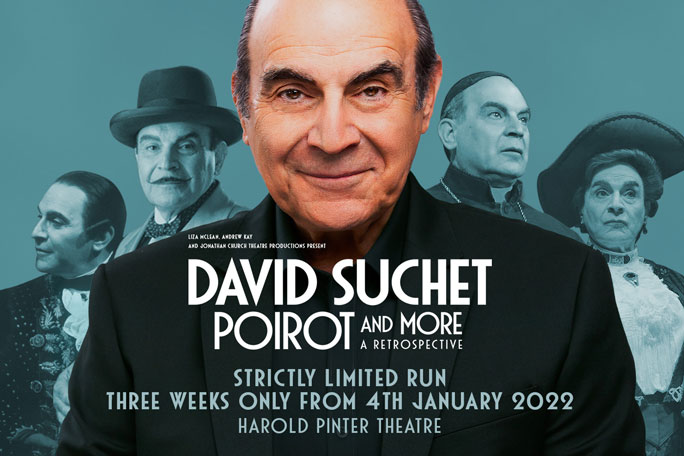 Sir David Suchet makes his eagerly awaited return to the West End in POIROT AND MORE, A RETROSPECTIVE this New Year. Following a successful tour in the Autumn of 2021 that visited more than 20 theatres across the UK, the show will enjoy a three week residency at The Harold Pinter Theatre, from 4th January 2022.

POIROT AND MORE, A RETROSPECTIVE looks back fondly at David’s illustrious career, sharing some of his most beloved performances in a new and intimate light. Geoffrey Wansell, journalist, broadcaster, biographer and co-author of Poirot and Me, will be joining David as interviewer in this unmistakably unique event. Join us in conversation with the actor behind the detective and the many characters David has portrayed on stage and screen over a career spanning five decades.

For over 25 years David has captivated millions worldwide as Agatha Christie’s elegant Belgian detective. Beyond Poirot, David has graced the world’s stages bringing literary greats to life, including Shakespeare, Wilde and Albee and is celebrated for his portrayals of iconic roles such as Lady Bracknell, Cardinal Benelli, Joe Keller and Gregory Solomon. David spent 13 years in the Royal Shakespeare Company and remains an Associate Artist. He is an Emmy award winner, a seven-time Olivier Award Nominee (The Merchant of Venice, Separation, Oleanna, Who’s Afraid of Virginia Woolf?, Amadeus, All My Sons and The Price,) and in 2020 was knighted for services to drama and charity.

Audiences are invited to spend an evening with one of the world’s most celebrated actors of our time and discover why he is renowned for not only inhabiting the role of Poirot, but also taking on the personalities of many of television, film and theatre’s most fascinating characters.

‘The West End and live theatre has always been very close to my heart. This show is my way of connecting and saying hello to people after this terrible period and welcoming them back into the theatre. I am looking forward to sharing my memories, stories and favourite moments. ‘ – Sir David Suchet

Valid all performances from 4 Jan - 22 Jan

(3mins) Take Coventry Street up to Oxendon Road; the theatre is 100 metres along on the right. 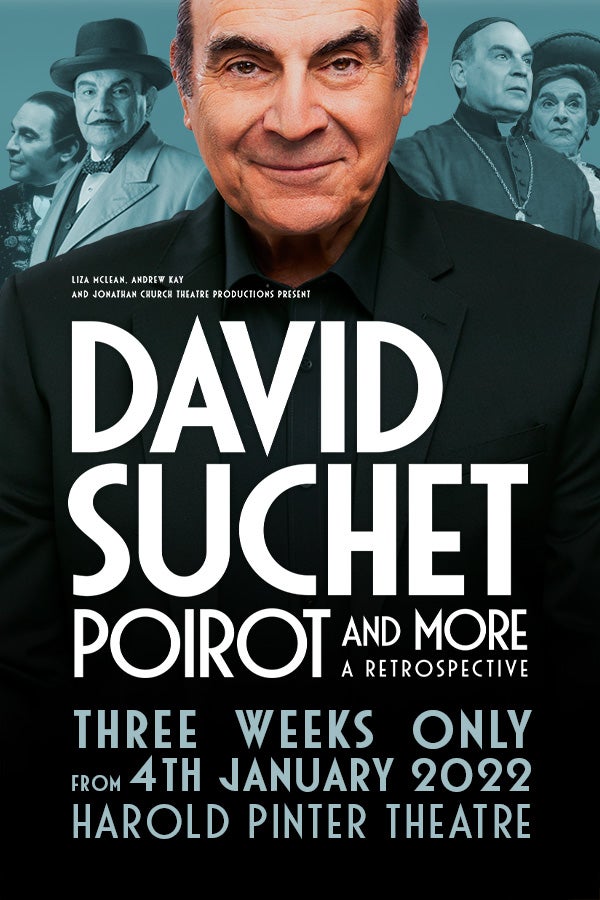