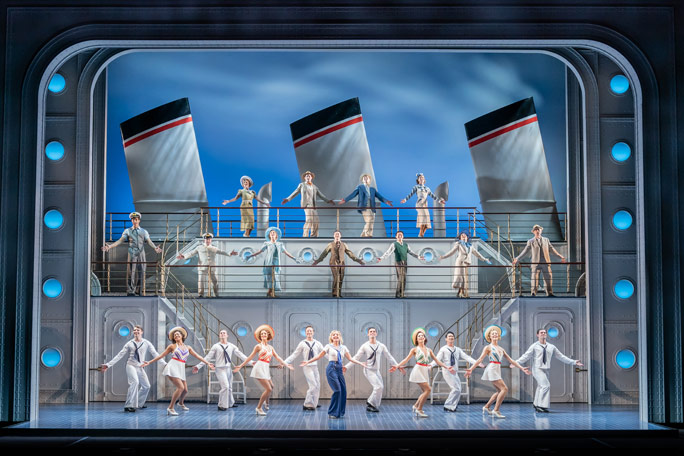 ‘Cole Porter songs and tap-dancing sailors, what’s not to love?’ The Hollywood Reporter

All aboard for this saucy and splendid major new production of Cole Porter and P. G. Wodehouse’s classic musical of pure escapism, Anything Goes. Featuring a joyful, gold-plated score of theatre’s most memorable standards, including ‘I Get A Kick Out of You’, ‘You’re the Top’, ‘It’s De Lovely!’ and Anything Goes, it’s everything you want a big Broadway musical to be and more!

Making her West End debut is the award-winning and internationally renowned American actress, comedian and singer, Megan Mullally as the delectable Reno Sweeney. Mullally, won hearts, as well as three SAG awards, two Emmy awards and four Golden-Globe Nominations, for her iconic role as Karen Walker in the hit TV sitcom Will & Grace. Mullally will be joined by three time Olivier Award and Tony-Award winner Robert Lindsay, as Moonface Martin. Lindsay has become a household name with British audiences over the years, including starring in the hugely successful BBC sitcom My Family.

Its Bon Voyage on the S.S America but it’s not all smooth sailing as they head out to sea; etiquette is castoff through the portholes as two unlikely pairs set off on the course to find true love. Their journey proves that sometimes destiny needs a little help from a crew of singing and dancing sailors, a comical disguise, a farcical blackmail, delightful double-entendres, and some timeless good fun!

‘Exudes the effervescence of a freshly poured gin fizz’ The New York Times.

(10mins) Take Goswell Road and turn right at Fann Street. Continue straight onto Fortune Street, before turning right at Whitecross Street and follow it all the way down to the theatre entrance. 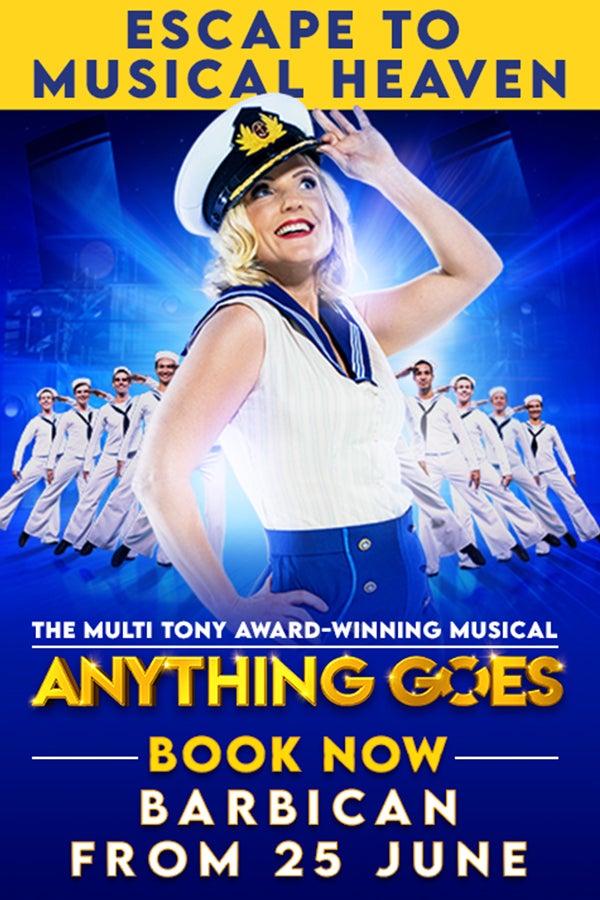